As part of our “Success Story” series, we’d like to introduce you to the Fredricks Family, a group of parents, siblings, cousins and friends, that have trusted Michigan Mortgage to guide them home. This is their story.

Often times, the families we work with are related too. It’s an honor and a privilege when multiple generations – like members of the Fredricks Family – put their trust in Michigan Mortgage. It all started many, many years ago. In third grade, in fact. Long before Rob Garrison was a licensed Loan Officer, he spent his days on the playground with Brian Fredricks. A friendship was born and it has lasted for nearly half a century.

“My dad, Brian, originally recommended Rob to me,” said Zach Fredricks. Because Brian had closed a loan with Michigan Mortgage years ago, and the two have been friends for so long, Zach was convinced that Rob and his team were the right fit.

He made the right choice.

“Early in the process, Rob advised us on ways in which to improve our credit score and drop off hundreds of dollars a month in interest making our dream home affordable,” Zach said.

“There were several times Team Garrison saved the deal,” he continued. “During the appraisal, when calculating cash to close. It’s unlikely that we would have been able to make the home sale happen without their expertise.”

After Zach moved into his dream home, his cousin Conor met with Rob to begin the home-buying process for the first time.

“Being a first-time home buyer, I wanted to work with someone I could have an open discussion with about my goals and how to best achieve them,” Conor said. “I trusted Rob to guide me through the process and was always comfortable asking him even the simplest questions.”

“I was purchasing a house from a family friend without a Realtor, so I needed someone to fill in any areas that typically would be handled by an agent and knew Rob would be willing to work with me.”

“I mention Rob anytime I talk with friends or family looking to get into a new place,” Conor said. “At the very least he is a great person to talk to with open questions and he can educate you on parts of the process you may not be familiar with. He knows how to layout your options clearly and help you hit your financial goals.”

The family tree doesn’t stop there. Before Zach and Conor worked with Team Garrison in 2018, they worked with Maury and Karen Fredricks and their daughter, Sandi.

“We initially went to Rob because he is a friend of ours,” said Karen Fredricks. “We had a complex issue and wanted to deal with someone we trusted with our personal information.”

“Rob and his team have a turn key system that is fast and efficient,” Karen said. “He proved to get the job done when others couldn’t.”

“I really couldn’t believe how fast Rob and his team got our deal done, it was within weeks,” she said. “It seemed like everyone had a task to complete the process from start to finish and their response to questions and requests was second to none.”

Team Garrison always found a way for the Fredricks Family, and because of that, they would recommend Michigan Mortgage “a thousand time more” because “they are truly the best.” Bidding War? A Local Lender May Be the Winning Ticket 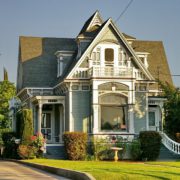 Focus on Your Mortgage First The Do’s and Don’ts of Buying a Home Is there a “perfect” time to buy a home?